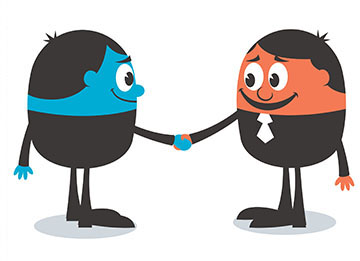 We began a new series yesterday “Red Letter Jesus” where we’ll spend several weeks examining some of Jesus’ famous and intriguing sayings from the NT Gospels. Louis Klopsch (1899) is credited with the idea of putting the words of Jesus in red. He asked a mentor of his if he thought it would be a good idea. His mentor replied, “I can see no bad to come from it, only good.” Our goal is to hope that much good would be done in our lives as we meditate on the words of Jesus.

We examined Jesus’ question to Peter, “Who do you say that I am?” (Matthew 16:15) Peter replied that Jesus was the “Messiah, the son of the living God.” (Matthew 16:16) This is a dangerous idea; Messiah’s were expected to lead the arrival of God’s new world. At this point, Rome was in charge and not Jesus. Peter makes this claim in Caesarea Philippi where Caesar Augustus, the one “formally” in charge, had a temple dedicated to him.

Peter’s claim that Jesus was Messiah was important. It re-configured Peter’s faith claim. He didn’t just hold belief statements about Jesus, but he wanted to participate in Jesus’ plan for the whole world.

Peter didn’t just believe in Jesus, he believed with Jesus.

This may be categorically unsettling, suggesting that Jesus as the Son of God would have faith in order for someone like Peter to believe with Him.

Paul plays with this idea in Galatians 2:20. It’s a hotly contested (and intriguing) verse. Most translations suggest that Paul is saying this:

“The life I now live, I live by faith in the Son of God, who loved for me and died for me.”

If you look closely (in most Bibles) there is a footnote that suggests another rendering of the verse:

“The life I now live, I live by the faithfulness (or the faith) of the Son of God…”

Vincent Miller rounds off this idea when writing about how religious activity (and ideas) has been re-shaped by consumerism in these recent days:

“It used to be that beliefs held people. Today, people hold religious beliefs.”

To believe with Jesus means that Jesus is present in our lives, present in our world and that we are being invited into his way of life, for the sake of the world.

May we be known as those who believe with Jesus.

I'm a husband, dad of 2, Pastor at Eastminster Presbyterian Church in Wichita, KS. View all posts by joeskillen