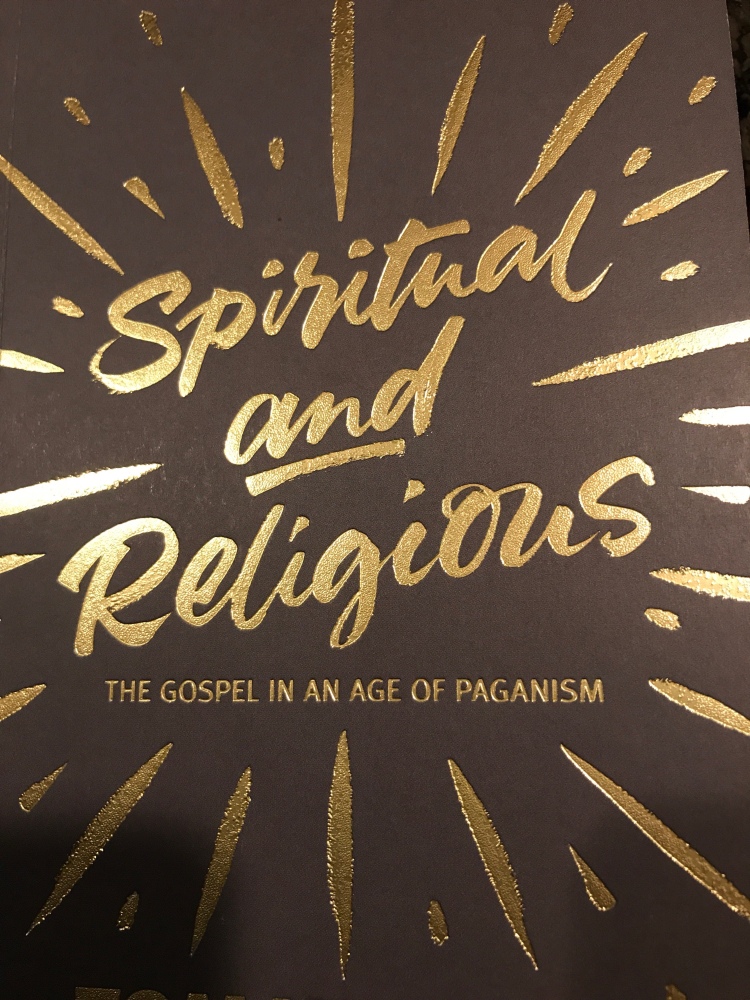 In Tom Wright’s Spiritual and Religious Wright has a fascinating chapter on idolatry on how humans can fall for lesser loves,

The process begins with a lie; it continues with the habitual lie; it goes yet deeper when we are unable to distinguish the lie from the truth; and it ends when our words are literally meaningless, the mouthing and mumbling of mechanical untruth that nobody believes but which functions like the clanking of the machinery that says the system is still working. This is the cost of human inflation. We may have felt ten feet tall, but it was a lie. That is the story, in essence, of the Tower of Babel in Genesis 11: humans decide to make themselves taller and taller, but the end result is chaos, confusion, the disintegration of human speech.