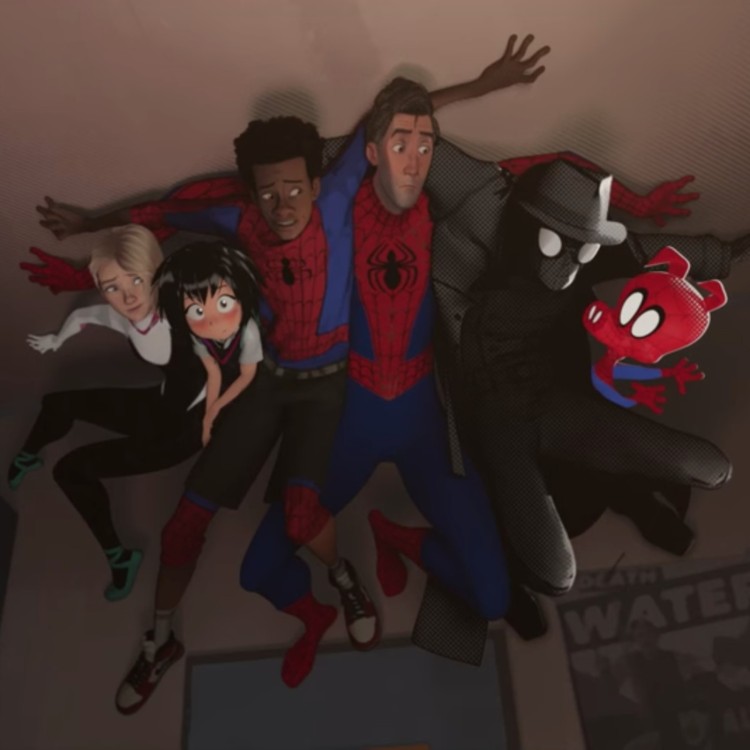 I put up a post last week with some initial thoughts from the latest Spider-man film. Feel free to catch up, here.

This film set me ablaze with reflection. It was so well-made and thought-provoking. Spider-man has it all, in my opinion. It’s brimming with so much goodness. I fear that I may be overselling the film a bit. If you end up watching it and not enjoying it, I’m sorry. I’m an Enneagram 7… I can be thrilled for about anything that’s new.

The enduring theme of the movie is that “anyone can wear the mask.” And the film illustrates it, but putting several “Spider heroes” from different parallel universes in the same space. But, each of them are not the beloved Peter Parker. But, as the picture above shows, the spider-gene can summon an array of people.

Which is the strength of the writing, in my mind. We are in a pivotal, cultural moment, where old assumptions about who can/cannot, should/should not lead is being reworked. The writers of Spider-man made the most of this moment.

It’s not a perfect group of superheroes… but it certainly is lovely to see the variety of identities.

Early in the New Testament, the apostle Paul envisioned a church that looked different than the world around them, where the categories of “Jew/Non-Jew; Male or Female; Slave/Free” did not sort out the crowd into inside and outside.

The church has always tried to be the great expression of humanity where “anyone can wear the mask.” My prayer is that my own ministry helps to further that idea and vision.